The National Academy of Inventors® is a member organization comprising U.S. and international universities, and governmental and non-profit research institutes, with over 4,000 individual inventor members and Fellows spanning more than 250 institutions worldwide. The NAI publishes the multidisciplinary journal Technology and Innovation, Journal of the National Academy of Inventors®.

RadTech is proud of our member’s significant contributions to productivity, sustainability and the enabling of new technology through UV+EB Technology. Help us promote your UV+EB innovations and inventions and apply to our chapter. For RadTech members, there is no additional charge for NAI Chapter membership.

Congratulations to the RadTech NAI 2020 Inductees 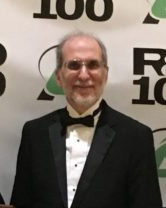 Dr. Ben Curatolo is President of Light Curable Coatings and holds 41 U.S. Patents, including seven U.S. Patents in UV Technology. Ben has developed and commercialized a UV curable industrial floor coating based on biorenewable materials that has been recognized with a 2018 R&D 100 Award and an additional 2018 R&D 100 Special Recognition Merit Award for Green Tech. 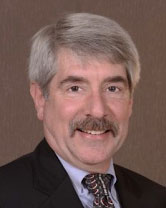 Mike’s work at Bayer Material Science (Covestro) and Allnex on 100% UV cure oligomers and UV cure polyurethane dispersions coatings helped result in over 15 UV+EB US and international patents. He won the best technical paper award at RADTECH North America 2010 conference, and cites his current most exciting projects as: the development of a Shark Skin UV cure coating that could reduce the drag for aerospace vehicles from 7% or higher levels; a methane sensing project using UV cured coatings on fiber optics for a University of Pittsburgh /Department of Energy Project; and authoring a chapter for a current UV cure text book.William Arthur Green, Great Lakes Fine Chemicals 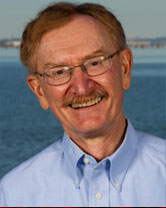 Mike successfully helped develop and commercialize a UV-curable, water-processable newspaper printing plate which became an industry standard. Mike developed several novel products based on Eastman Chemical’s water dispersible polymers. Mike was also responsible for several new products for a by-product, Lignin, from a billion dollar development program at Eastman. Mike has also been recognized as an inventor on patents assigned to his customers.Jim Raymont, EIT Instrument MarketsBenefits of the NAI RadTech Chapter. 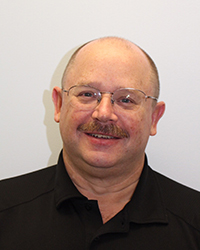 Jim has developed products to measure complex 3D shapes both large and small, as part of a very talented family of people at EIT Instruments. He has worked extensively with UV suppliers, customers and potential customers to help them better understand UV measurement and process control. 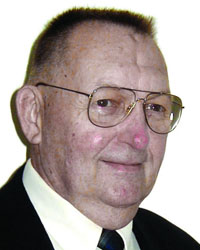 In 1975, Tony developed the radiation processed corrosion protection for the below grade sections of the Alyeska pipeline, which is still by far the single largest ever radiation cure project ($124,000,000 today) and is in still good condition after 45 years—helping to alleviate US dependence on foreign crude. Tony has served as a consultant to the National Academies and its operating arm, the National Research Council, and to the International Atomic Energy Agency dealing with radiation effects. He most recently reviewed a textbook on radiation chemistry and its industrial uses, for a European group.Academic Inductee 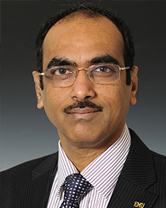 Dr. Mannari is a Distinguished Professor, Polymers and Coatings Technology and Director, Coatings Research Institute at Eastern Michigan University. His research group has developed and customized coating materials derived from sustainable resources enabling this technology to be Green + Green. The development of UV-LED Nail Gels based on bio-based materials is one striking example for which a US patent application has been filed. Dr. Mannari’s contributions in UV-initiated crosslinking systems using photo-acid / photo-base has not only expanded cure chemistries (sol-gel, Michael-Addition..) but has opened up possibilities for high-performance and corrosion resistant coatings. A very recent contribution in development and demonstration of advanced UV-Curable materials and process for additive manufacturing (3D-printing) application has earned his research group the RadTech University Emerging Technology Award 2020.Start-up Professional 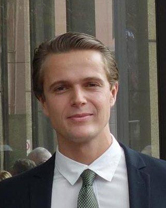 In 2015 Henry invented Direct Contactless Microfabrication (DCM) as a scalable method of printing functional microstructures out of UV-curable materials. Shark-skin inspired “riblet” surfaces printed with DCM have demonstrated a 7% drag reduction and Henry’s company MicroTau has won numerous contracts to develop this technology for the US Air Force—potentially saving billions of dollars in fuel and hundreds of millions of tonnes of CO2 emissions. MicroTau is working to develop functional materials inspired by nature including anti-fouling, anti-bacterial, optical and superhydrophobic properties—using UV-curable coatings by micro-patterning with DCM technology for applications in manufacturing, maritime, medical devices and renewable energy.

The National Academy of Inventors